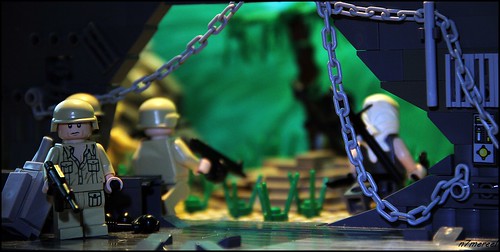 Yesterday, the U.S. found a terrorist storeroom in South Carolina by using GPS. They sent 100 U.S troops to the found stage. They stormed into the storeroom and killed the most of them. Only a couple of them could save their lifes and escape from the fight. Six terrorists and two U.S troops died. The storehouse is currently below manage by the U.S. troops. The area is save now.

This is an Entry for the Lego Top Shot Contest.